HELP making a movie-I am The Change.! for MAM movies.!.!

Actors Kabir Bedi and Farookh Sheikh announce the Launch of the Project at Cinemax, Versova. 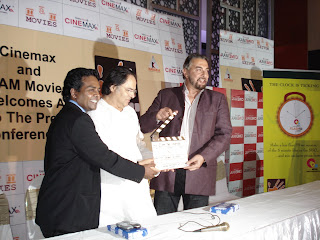 The MAM movies Team comes to HELP for shooting behind The Scenes.! 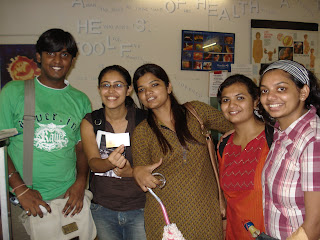 We stumbled across a very exciting competition launched by MAM Movies for NGOs and budding Filmmakers, very aptly called "I am the Change Project" . 101 filmmakers, had 101 NGOs and 101 hours to make the most intelligent 5 minute Documentary/Ad film with that NGO, which would compete and be judged by an expert panel from the Film and Ad fraternity. A deeply responsible cause was being supported by the Project, as all of the films were to be screened at a 4-day Film festival from 1st-4th August in association with Cinemax Multiplexes in the city. .And the winners would be screened in all the OOH Media LCD screens you see put up in all major shopping malls, Coffee shops, etc, to create a wave of awareness about the work done by NGOs and hopefully get more volunteers and resources directed to the deserving organizations to take further their initiatives on a larger scale..!
The concept was simply brilliant, not only that, it had been executed professionally by an exuberant young team from MAM movies, who made sure that everybody knew how they could best execute their ideas..
The Project was launched in a grand fashion at Cinemax Versova, with Veteran Actors Kabir Bedi and Farook Sheikh as guests of Honour, admist a room full of Press reporters..
We were there at the launch and we have put some some of the best pics of the same on the Blog do check them out.
Posted by HELP at 9:23 PM