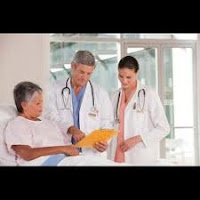 At present, getting a second opinion has become a common practice among doctors; in fact, the American Medical Association advises that 'physicians should seek consultation upon request; and in doubtful or difficult cases'. That is why family physicians often consult with specialists, and specialists, in turn, consult other specialists - and superspecialists. (Sometimes, though, the process could be misused, and the patient may feel that he is stuck on a non-stop merry-go-round of consulting a wide variety of specialists!)

Often, many patients tend to become sceptical or dissatisfied if their doctor suggests that they seek a second opinion, because they feel that such a suggestion indicates that their doctor is not competent. However, one should not forget that medicine is a highly complex science in which rapid advances are the order of the day and it is not humanly possible for one doctor to keep abreast of all developments in all fields. Consequently, a second opinion proves very useful for those patients afflicted with rare or complex problems. Unfortunately, some doctors tend to refer patients unnecessarily to other members of their fraternity. Also, doctors will often cross refer patients to each other for personal financial gain. In hospitals, especially, specialist consultation is often automatic and mandatory, and this process is inevitably overused. The upshot is that the patients bill shoots up! Thus, a hospitalized patient should ask the family physician (who should act as your medical manager) to intervene if the number of specialists involved in the treatment seems excessive.

It may be difficult to get an unbiased opinion from a second doctor who is a member of the staff in the same hospital as your doctor. If at all possible, you should consult an independent doctor in another hospital for a second opinion. Most medical insurance policies that cover consultation fees will pay for this. In case of disagreement between two specialists, a third opinion could prove helpful. In the present age of the telecommunication revolution, the 'magic' of telemedicine enables one to get a second opinion from a leading medical authority in any part of the world. The procedure usually consists of sending such an authority your clinical findings and medical reports through the Internet, so that you can get an unbiased opinion usually in as short a period as two days. Many clinics in India now offer this service in collaboration with leading hospitals from all over the world.

I always encourage my patients to get a second opinion. As I explain to them: If two different doctors happen to reach the same conclusion, at least you know you are on the right track! However, don't always assume that just because the opinions of both doctors are identical, you are safe . For example, if you have angina and you consult a cardiac surgeon, there is a high likelihood that he will advise you to undergo bypass surgery. A second cardiac surgeon is also likely to recommend the same; after all, it's just simple financial common sense from the surgeons' viewpoint! Therefore, getting a second opinion from a non-surgical specialist (in this case, a cardiologist) can be helpful in preventing unnecessary surgery.
Posted by HELP at 7:16 PM

We at pinkWhale have been promoting this concept. We have helped people get a second opinion and make a informed decision.